Made for the Magical Girl Game Jam https://itch.io/jam/magical-girl-game-jam . I wasn't able to finish it but I did polish it up a bit after my creativity drained. I may finish it at a later time.

Reach the goal while evading enemies. The red spaces before enemies determine the tile to be unsafe in the next turn.

Buttons with an X outline only need to be pressed once. A plain button will only move a platform on the turn that its pressed.

Story (unimplemented due to time constraint)

You're a magical girl that can manipulate time but due to losing your wand, your magic goes haywire and now everything is forced to move together.

Three of the four BGM were made by my bro.

That was very fun and figuring out some of the puzzles felt very rewarding!

This is really cute, and I would love to play more!

Is there any chance of a windows download? I don't know why, but the Unity WebGL is refusing to load for me (it gets to ~95% loaded and then just hangs)

I'll try to get a Windows version built over the weekend.

I've uploaded a windows build. Let me know if there are any issues with it.

The puzzles are good and tricky. I understood the mechanics right away, but as a person who likes puzzle games but isn't very good at them, it took me many restarts in order to finish the puzzles (especially Level 5!). The moving platforms were tricky, too.  I couldn't get past Level 10.

I like how some of the levels gave me that "Ooooh! I got it!" feeling without frustrating me that much, which made it fun to play through. It would be nice if the game had an "undo move" button, though, since it's a bit hard to do a whole level again after making one mistake.

As for the music, I liked the BGM that played in Level 1 (and in other levels which had that same music), because it was fun moving the character along with the beat.

Thank you! This was the first time I tried to make a puzzle game so I'm glad that the levels were fun. I think an undo button is a good idea, if I make this a full game I will definitely add it. 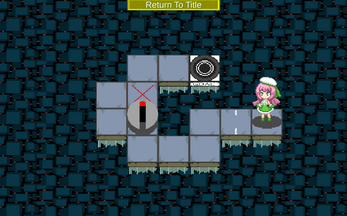 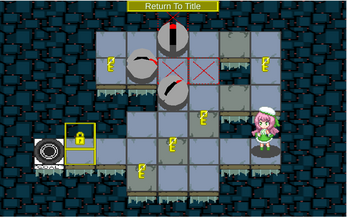 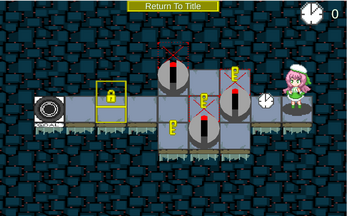 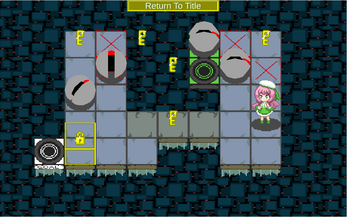